There are few people on the planet who could claim to have slept underwater, but Franck Gazzola has spent a whole three nights on the ocean floor.

The French-born NSW north coast photographer was part of an scientific underwater expedition team that 'camped' under the sea off the coast off Tahiti in 2019.

He and three other divers spent four days and three nights in a purpose-built four cubic metre capsule to make observations of the coral reef.

"To make observations you need time... but the problem is we can't stay there long, because we need to eat, we need to sleep - there are physiological constraints."

The underwater capsule, conceived of by the leader of the Under the Pole expedition, Ghislain Bardout, enabled the team to go out and dive each day, then come back in to sleep, eat, rest and get dry in between, whilst continuing to make observations. Franck and his fellow divers lived in the underwater capsule for four days. Photo: Franck Gazzola

It was an extraordinary experience, says Franck, who likens it to being in space.

"Everything is different. It's crazy. It's a shock to your senses."

"You breathe a mix of helium and oxygen so your voice is distorted - you sound like a duck - and you only get blue light waves which means everything looks blue. So the food that you're eating looks really disgusting, and it smells funny.

"You're not that far from the land, but when you come back up all of a sudden you see colours, your voice changes, you can smell, everything is so different.

"And you're like: 'I wasn't far. But I actually went somewhere very different to where I belong'."

This incredible experience is just one of many he has had as photographer with the Under the Pole expedition team, which brings together scientific research, awareness and innovation in the service of better knowledge and preservation of the ocean.

It's a job that's taken him to some of the most remote parts of the planet, including to the Arctic, where he photographed the underwater world beneath the ice in minus one and half degree waters.

Passion for the ocean

Franck's life now is a far cry from his previous career, which saw him living in cities like New York, Germany and Amsterdam as he negotiated contracts for big companies.

Born and raised in Paris, he remembers being captivated by Jacques Cousteau documentaries as a child and feeling drawn to the ocean, despite living inland.

"I felt like the minute I could be independent I would go to the ocean which is what I did."

He fell in love with watersports like surfing and windsurfing, but never thought of making a living from anything ocean related.

"Passion was passion. I never thought that you could live from a passion. It was never present in the way I was raised. It was all safe bets, study if you want to have a good job, and have a comfortable life.

"So I followed that and I kind of enjoyed it at the beginning. But then after a few years of being in this corporate world, going from one job to another and one country to the next, after a while it started to feel I was part of a system that I didn't like.

"Gradually I started to feel like it wasn't for me anymore." 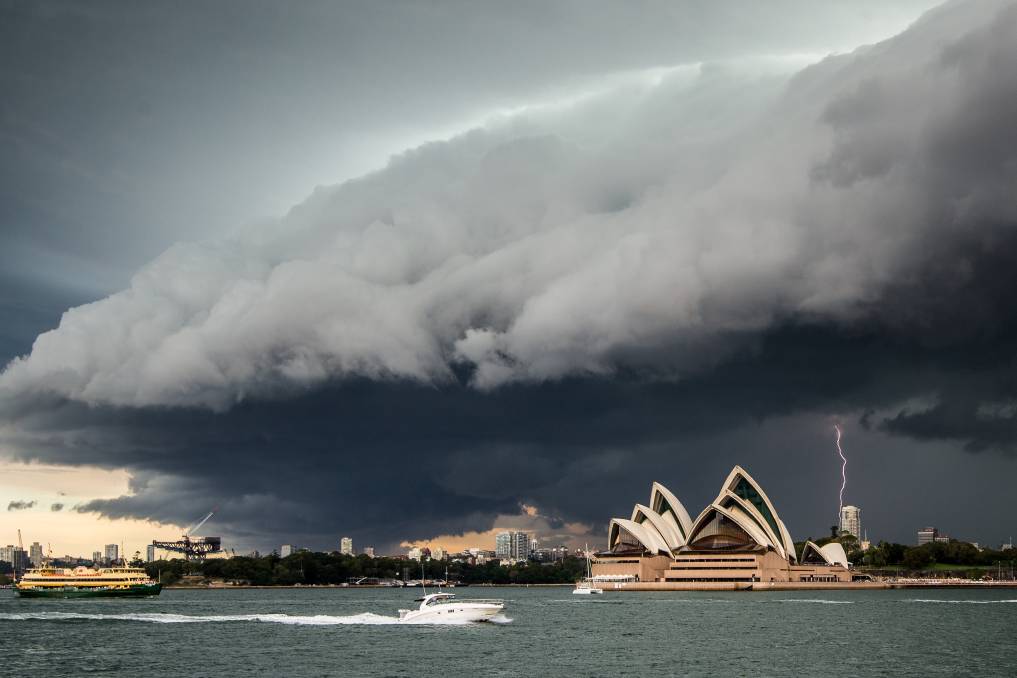 Australia, with it's long stretches of coastline and surfing beaches was a place that had long been on Franck's radar, and in 2010 he moved here as a skilled migrant.

He landed a corporate job in Sydney, and started taking photographs in his spare time, something he hadn't really done since he was a teenager.

"I shot a little bit when I was 17, but back then it was a pretty expensive passion.

"Coming to Australia made me want to pick up the camera again. It had everything I loved - the ocean, the waves, all the surfing culture."

A hobby soon turned into something bigger, and he was invited to collaborate with Sydney ocean and surfing imagery gallery, Frothers. He'd take a day off from work here and there to shoot a commercial job or sometimes a week off to travel to Fiji to shoot the surf.

He eventually took over the gallery, working his 9-5 job and then at the gallery the rest of the time, until a fateful conversation one day with the gallery's web developer.

"I mentioned Jacques Cousteau and he said: 'it's funny, I've got these friends, they're at the North Pole doing under ice exploration right now and if you want to go with them I can hook you up.'

"I was not brave enough at that time to quit my job, but I had to go for a full month and there was no way I could take that on leave, so I had to resign and go.

"That was the point where I had to go all in. I just had to make it happen."

That first three month trip to the Arctic with Under The Pole, which Franck thought would be a one off, lead to an invitation to be part of the group's next and most recent expedition, a four year odyssey around the world from the Arctic to the Antarctic, exploring the largely unknown ' twilight zones' 30 to 150m below the sea. 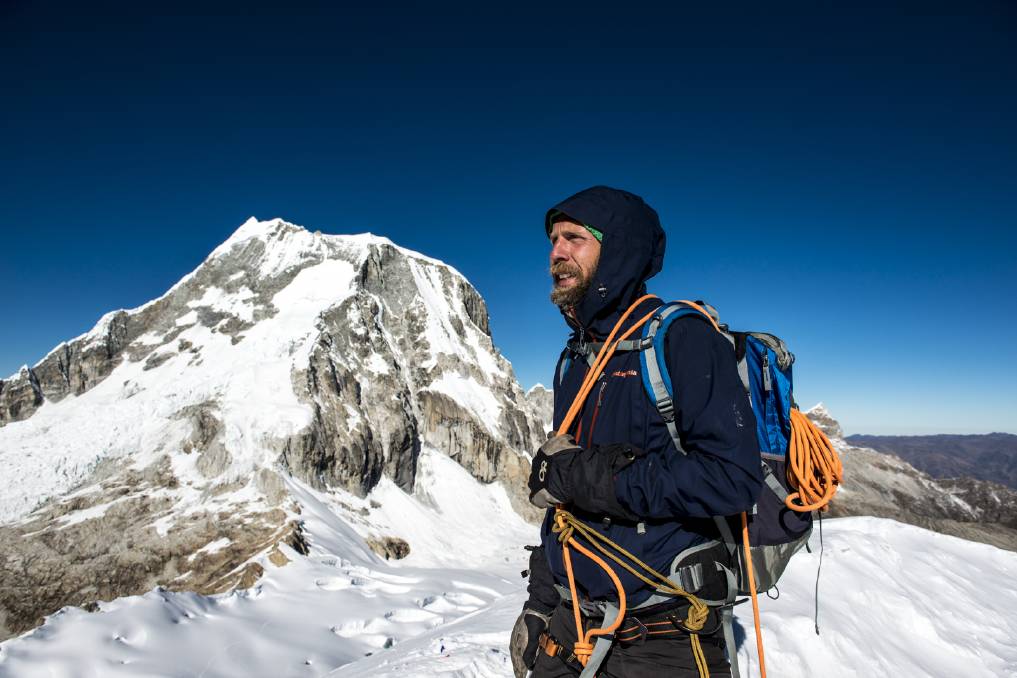 The expeditions have resulted in some spectacular photos, but it isn't as glamorous as it looks, says Franck, especially when you're out on the ice.

"When you come back to the surface everything freezes.

"And then you still have to go back to the boat and you can't have a hot shower because you're out on the ice and there's 12 people and you can't just waste your water." Preparing to go under the ice. Photo: Franck Gazzola.

Still, diving under the ice is an incredible feeling, he says.

"Hearing it crack, it really is something that's alive. The water is so cold but you forget all about that and you realise how lucky and how privileged you are."

What's most satisfying, however, is knowing his images are serving a greater purpose.

The Under the Pole expeditions are helping to inform the work of scientists and assist in the protection and preservation of the ocean environment.

"We do a lot of work around education and that is the mission I set myself as much as I can, that my photos serve another purpose other than just being pretty.

"I'm helping these people get their story out to the world."

Leaving behind a comfortable corporate job has come with financial and family sacrifices, but while he misses the stability, Franck says he has no regrets.

Sometimes you're like 'oh my God what did I do?' but then you think 'how many days of my corporate career will I remember forever?' Not many.

"Sometimes you're like 'oh my God what did I do?' but then you think 'how many days of my corporate career will I remember forever?' Not many."

"Whereas what I've been doing the last few years of my life I can give you a lot of days where I've thought 'this is the best day of my life' because it's just so amazing." 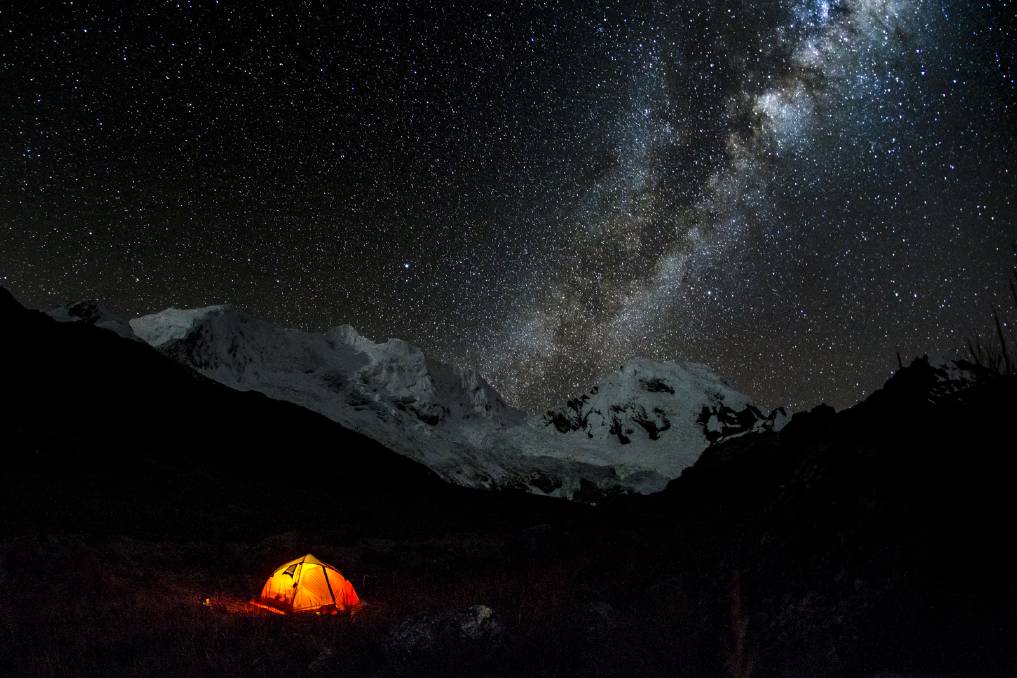 Franck has captured incredible images from some of the most remote places on Earth. Photo: Franck Gazzola

So, any advice to others looking for a life/career change?

"One thing I realise now, after being involved with these projects is that you can contribute in a lot of different ways.

"I don't recommend dropping everything.

"You don't necessarily always have to be that superhero.

"You can be an accountant working for a project that is making a difference...doing what you do for a normal employer and doing it in the service of something that you really believe in.

"Start with something you know how to do.

"See what you did today and ask yourself if you can do it somewhere else or somewhere that it matters."

This story Franck quit the corporate world for an adventure to the ends of the Earth first appeared on Northern Rivers Review.