Fenndog knows the pain he will go through on his Cape to Cape eastern seaboard walk is nothing compared to what someone confronting anguish due to mental health faces.

The 4,800-kilometre walk is something he has wanted to do for a long time - around the 11-year mark - give or take a year.

The Lake Conjola resident describes himself as a man of extremes who always wants a challenge.

He wants to raise funds and awareness to assist people with mental health issues.

His path towards this walk is inspirational.

Suicide prevention is definitely on this man's list of priorities.

"I don't think anyone should leave the planet unless Mother Nature decides it's your time to go or your body has just done its last heartbeat," he said.

"It's such a sad, sad state of affairs when someone takes their life, especially when I know for myself the potential you can have when you get yourself from that hole."

This 4,800-kilometre trek is taking on a life of its own.

"This walk is way way bigger than me," he said.

"I am doing it solely unaided and unassisted. Just me a backpack, a hammock, food, a medical kit and water."

He will also be taking his trademark hat which many people have been accustomed to seeing during his regular training walks.

Matt is walking to support those who can't.

He wants to donate a large lump sum of money to his chosen organisations.

"I am making it the hardest I possibly can," he said, 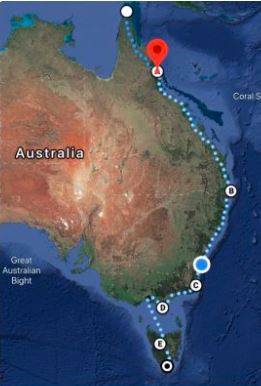 Fenndog is happy to admit that he is a bit mad to take on such an epic walk.

The walker wants to tell and show that anyone can do such a walk.

"Walking is something that is very natural to us," he said.

"You have to take every step with a purpose though."

The 40-year-old is not fearful about doing the walk which will see him finding spots to sleep alongside the road.

Various sponsors and local businesses have got on board with help.

His fundraising goal is $250,000 and is hopeful he will reach this mark and even pass it.

Matt is not a man of bravado but will be stoked if he reaches the total.

The walk starts on July 9 from Cape York - he wants to walk out from the water to begin his trek to South East Cape - the southernmost point of the mainland of Tasmania.

"I will then jump into the southern ocean at the end," he said.

The walk takes in the most southern and northern points of Australia.

He hopes word of his walk will spread and this hopefully will see more donations.

The Gofundpage is 100 per cent for the chosen organisations.

He has the authority from the Black Dog Institute to raise money and also from RUOK and LIVIN - a group that aims to reduce the stigma around mental health.

He will be flying up to Cairns later this month to prepare.

The climate created by COVID-19 has resulted in many people losing their jobs, direction and in many cases their lives due to mental health demons.

Fenndog also lost his source of income when building skate parks in Bendigo last year when construction was shut down.

So he knows what it's like to have job security taken from you.

He also knows what it's like to have people you care about to take their own lives.

Things progressed when Matt got together with some mates, on a boat in Sydney Harbour, in September last year, and they started to talk about the walk.

Back on shore things escalated when Matt's mates suggested he did the walk for charity.

"It's a big walk and it would be a shame to do something of such magnitude and not raise money," he said.

Mental health and suicide prevention are two things he felt strongly about and will push on the walk.

Even the strongest face dark times

People close to Matt have taken their own lives.

He also has had a few relationship breakdowns.

"They ended and I have been really down in the dumps and you get yourself down in a hole - you don't realise you are so deep down in this hole," he said.

"I have dealt with some pretty heavy stuff. I have had people come to me bleeding asking me to 'say goodbye to my parents for me'.

"I have had my ups and downs and right now I am the best I have been for the last two years." 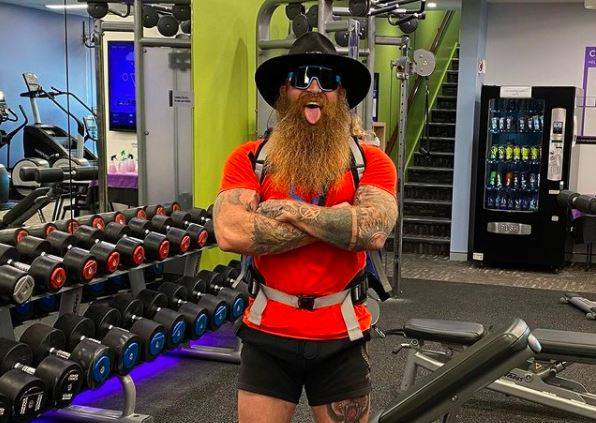 Fenndog has worked on getting his mind and body to its current strong state.

"The secret to a resilient mind to all the adversity we may have to come across is time and you have to give yourself those little tools."

He said those little tools can help build your resistance to adversity when things just are not going well in your life.

"You can always learn and build resilience," he said.

"I myself have dealt with some untoward thoughts and it's pretty crazy when you get back outside that hole.

"I visualise it as like a big circular hole with a rock face you have to climb - you can get out of it and it's not impossible.

"You might slip and fall but you can climb your way out of it."

He is lucky to have many people he can call when he needs a hand to climb from the hole.

When he is down and not feeling okay he reaches out for help.

Matt says the stigma of weakness for a bloke to reach out for help is changing. 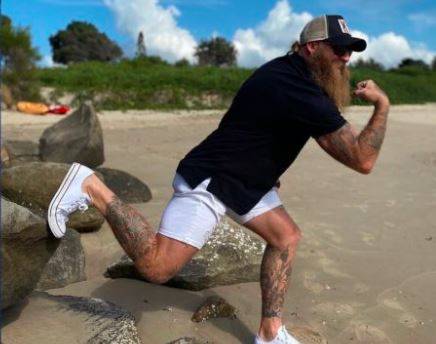 Apart from donating to the GoFundMePage people can support Fenndog in other ways.

"The thing that puts a smile is when people honk at me while I am training, walking down the road," he said.

"Obviously it does not help the cause but it makes me feel good.

"People can also support me by spreading the word and sharing my social media pages."

Matt will also be putting up regular videos on You Tube.

A man called John Olsen was the first person to do this walk and raised $10 000 for his chosen charity on his 167-day walk.

Fenndog will be walking a marathon each day or around 45 to 65 kilometres. He wants to see how far he can walk in 24 hours.

By the time he takes his first step on the walk, he would have racked up 1000 hours in training.

His training takes in walks from Burrill Lake to Lake Conjola - often in wicked weather like the recent hail storm.

Apart from one little blister, he has been pulling up fine from his training walks which included back-to-back marathons on a recent weekend.

He will be putting up posts of his treks online regularly.

This Friday he heads up to Sydney where his training will continue as D Day gets closer.

He would love to see and maybe help start a men's shed-like organisation but for young men with anger issues when he comes back.

Given he is a man of passion and commitment we can no doubt see him putting his energies into this area.

Matt said anger is a normal emotion but we are taught to bottle it up.

Numbers to call if you or anyone you know needs help: