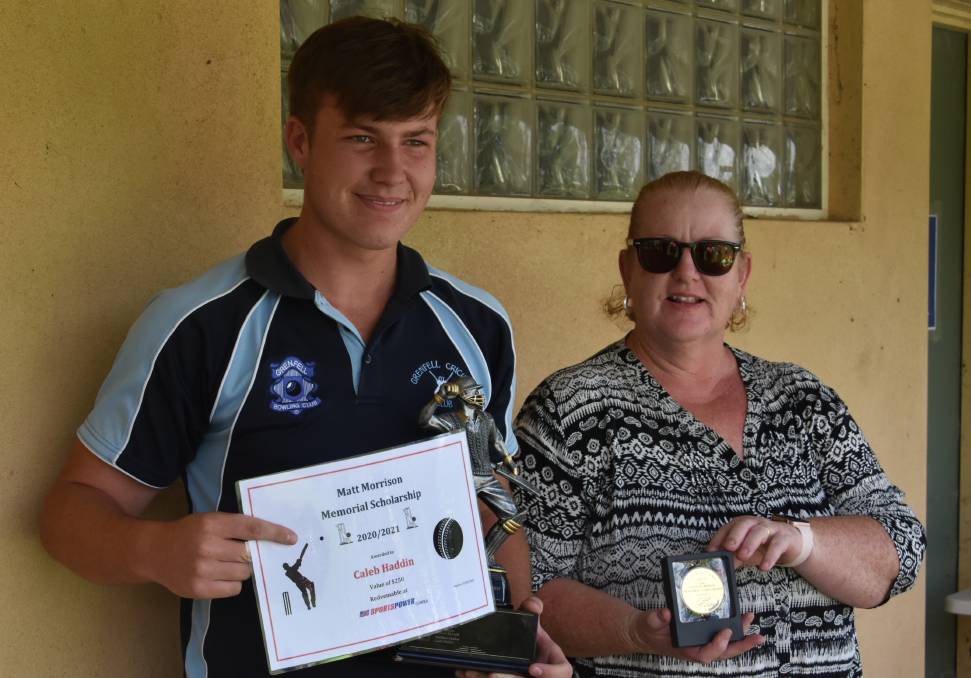 Grenfell's Caleb Haddin was presented with one of Cowra Junior Cricket's most prestigious awards at the club's presentations this month.

Caleb was presented the Matt Morrison Scholarship, receiving a trophy and $250 vouche.

Junior cricket president Ross Graham thanked all of the players for their efforts during the seasons, the club's sponsors, volunteers and committee members.

"The work of these people behind the scenes is greatly appreciated," Mr Graham said.

"The work of our coaches and assistants must also be acknowledged."

The award winners were:

Representative players of the year.

Nate Gunn 66 not out against West Wyalong.

Archie McDonald 70 not out against Wellington/Gilgandra.

Special presentations were made at the conclusion of the awards by Cowra Thunder to Nicki Wilson and also by Cowra Sixers and the under 12 representative team to their coach Glen McDonald.