As a patrol officer in a khaki uniform with a gun strapped to his hip slowly made his way to the back of the bus on the Texas-New Mexico border, the Henty ruckman went into panic mode.

The officer walked past dozens of passengers before stopping in front of Willis and pausing for what seemed an eternity.

“Are you an American citizen?” the officer asked.

“Show me your papers.”

With a dry mouth and nowhere to hide, Willis nervously shook his head before handing over his passport and replying: “No sir, I’m an Aussie”.

The laid-back builder had been living with his American wife Naomi and naively let his visa lapse while waiting for a green card.

Within minutes, Willis was being escorted from the bus with a handcuffed passenger and taken to a nearby prison on the highway.

He was allowed to quickly phone Naomi in Dallas who initially thought he was joking before the tone of his voice suggested otherwise.

As they cried reality hit, Willis had been caught up in Donald Trump’s illegal immigrant crackdown.

But if October 24 was a bad day, October 25 became a nightmare.

Willis was driven to the El Paso Processing Centre the following morning where he joined 1000 prisoners from around 50 countries. 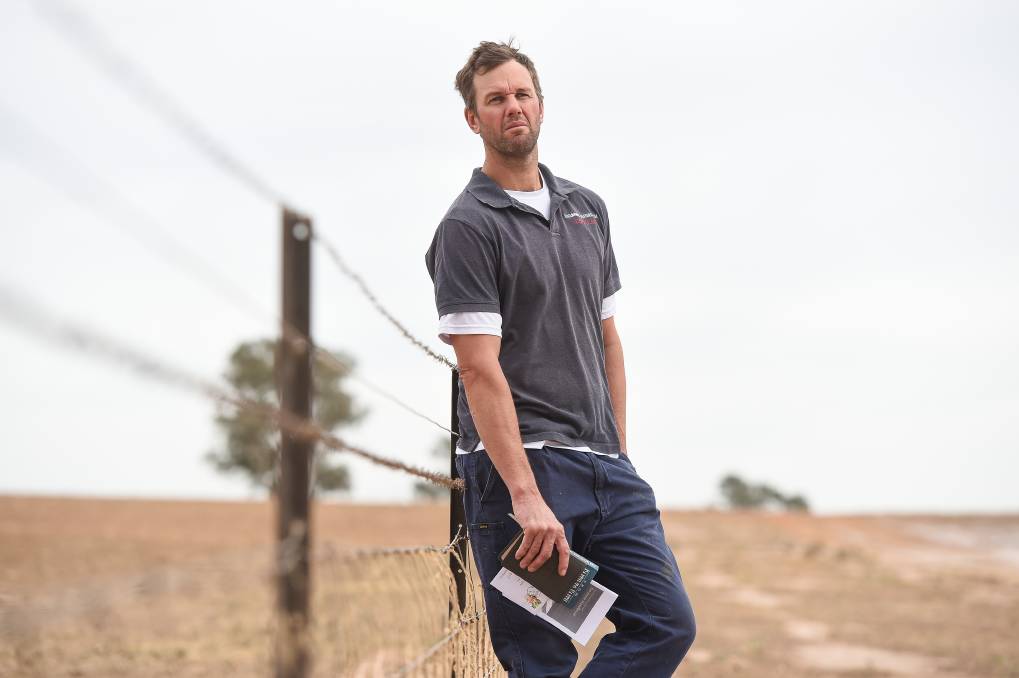 ON THE OTHER SIDE OF THE FENCE: Chris Willis is thankful to be back on his home turf after a torrid four months locked up in the US. The Henty ruckman says it provided an opportunity for him to grow. Picture: MARK JESSER

“The night in a cell on the highway was cold and degrading but nothing like getting to the detention centre,’’ he said.

“The reality of changing out of my clothes in front of people, giving up my phone and all that sort of stuff and putting on a uniform was pretty hard.”

Willis changed into his blue EPC embroidered clothes and was ushered to his barracks which held 64 inmates.

The fact that few spoke English made it even harder.

“I just think I was in shock for a while,” he said.

“That was hard to accept.”

Willis realised things had to change if he was going to cope so he made a pact to keep himself busy.

He started to exercise and received an unexpected surprise when his sister, Rachel, organised a monthly subscription of the Dallas Daily News to be delivered to the detention centre.

Naomi made regular 10-hour trips to visit him and he was heartened by regular letters from his grandfather Kenny King talking about his golfing tales at Corowa.

Dozens of other family and friends also started writing.

Then Willis became mates with one of the prisoners in his barracks who was working as a volunteer in the library.

“He was sleeping near me in the barracks and we got talking one day and he gave me a couple of books to read,” he said.

“One of them was titled God Will Carry You Through and it really hit home.

“I shifted from being upset and mad to thinking if get deported back to Australia it’s not too bad when you thought how bad some other people were going. “It drew me even closer to God.

“These other poor buggers in here are going back to gangs and being shot at and some of the Africans and Indians were fighting asylum.

“Half of them got to the border and just turned themselves in.

“Some were caught like myself but most were just trying to get a better life.”

All of a sudden life wasn’t too bad for Willis particularly after listening to heart-breaking stories on a daily basis.

He was left speechless by the plight of a young African who had been in the detention centre for a year fighting asylum.

“He came through the Darien Gap which was the notorious Panama jungle route to the US,” he said

“He slept in the rain, was robbed and shot at, was as sick as, smashed down slippery hills and had no food.

“So many of the boys came through there just to get a chance at life.”

One of his fondest memories “inside” was organising the El Paso World Table Tennis Championships.

With hundreds of players using the tables each day, Willis decided it was time to turn it into a genuine competition.

“I think we had 17 seasons or competitions of world cups,” he said. “We had singles and doubles, Christmas cups, teams events and even on Super Bowl day we all took a team from the city we either were from or wanted to go to in America.

“That was pretty cool.

“I had an amazing rivalry with my best mate Kubi Samuel from Ghana.”

But others simply couldn’t survive in the detention centre with a Russian unsuccessfully trying to escape over a wired fence.

With a tracker on his foot, he was cut up badly and able to run for only a mile before passing out.

The Russian was soon caught and sentenced to five years in a federal prison.

Willis began to see the centre like a “boarding school-prison” while he waited for his appeal against being deported back to Australia to be finalised.

He ultimately lost and was sent home on February 11.

Willis and Naomi had been happily settled after marrying in America in November, 2016.

It was football that brought him to the border in the first place.

“We had just played in the national championships in San Diego, California, and I was on my way home,” he said.

“The Dallas Magpies are an amazing bunch of people and I don’t think I’ve enjoyed a season more.

“I don’t know why I took the bus in the first place as I could have driven but I think I wanted to look at the footy board on the way.

“If I’d said I was an American citizen I might have got away with it, but I reckon the guilt would have got me.”

Willis is in the process of making plans for Naomi to come out to Australia.